We decided to take Easter Sunday a little differently – in the sign of the April First “news”. And so it was a surprise this year.

We wish you a pleasant reading.

The Regiojet takes off

We will start in our region. The yellow carrier has prepared a new product for us in the form of a “squadron” of Regiojet. As usual, the yellow-colored aircrafts based in Brno were to offer first-class services that their customers are used to on their trains and buses – including newspapers, an entertainment portal and free drinks. The carrier also apologized for the planned aircraft circuits and the noise caused by them over Brno, which are necessary for the training of crews. Free coffee and sparkling wine – what would you say, would you use it? 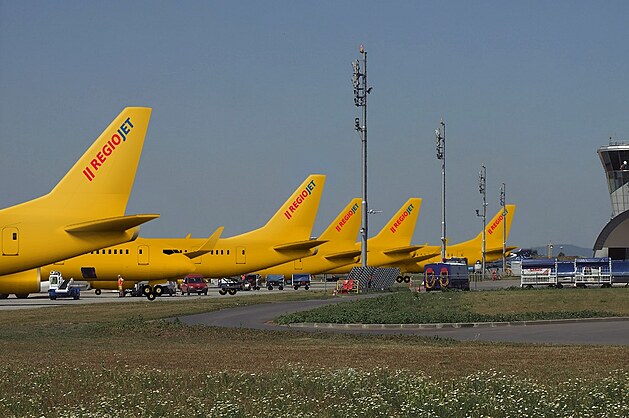 As the A380 production program did not prove successful, the French manufacturer had to invent. The relatively new A380 kites, which have already been decommissioned, should be recycled and converted into trains bearing the name of a new subsidiary – Railbus. At the same time, we hope that the Railbus R380 will soon be deployed on routes (not only) within Japan! 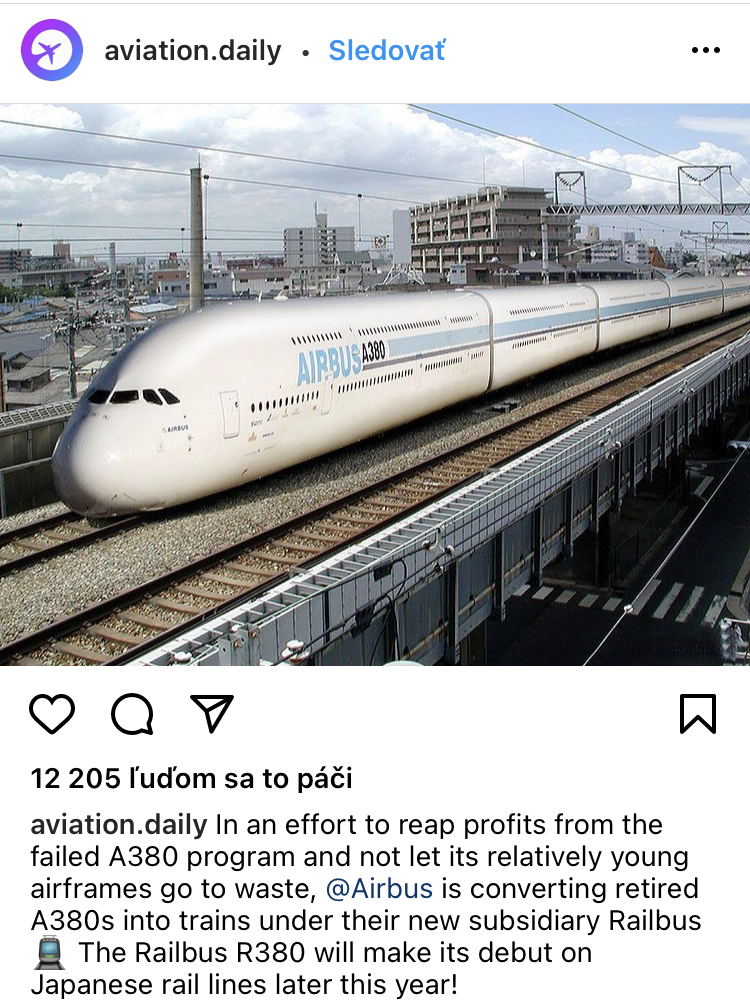 Finnair came up with an interesting idea. We quote: “As our customers continue to be interested in traveling despite difficult times, we have decided to start flights to Mars today, a destination that currently has no travel restrictions.” Flights to Mars will be possible thanks to the modification of two Airbus A350s to spacecraft. In addition, the A350XWB is very suitable for extraterestrial travel thanks to its composition of lightweight composite materials and purified aerodynamics. We hope that a spacesuit will be offered in the ticket price. 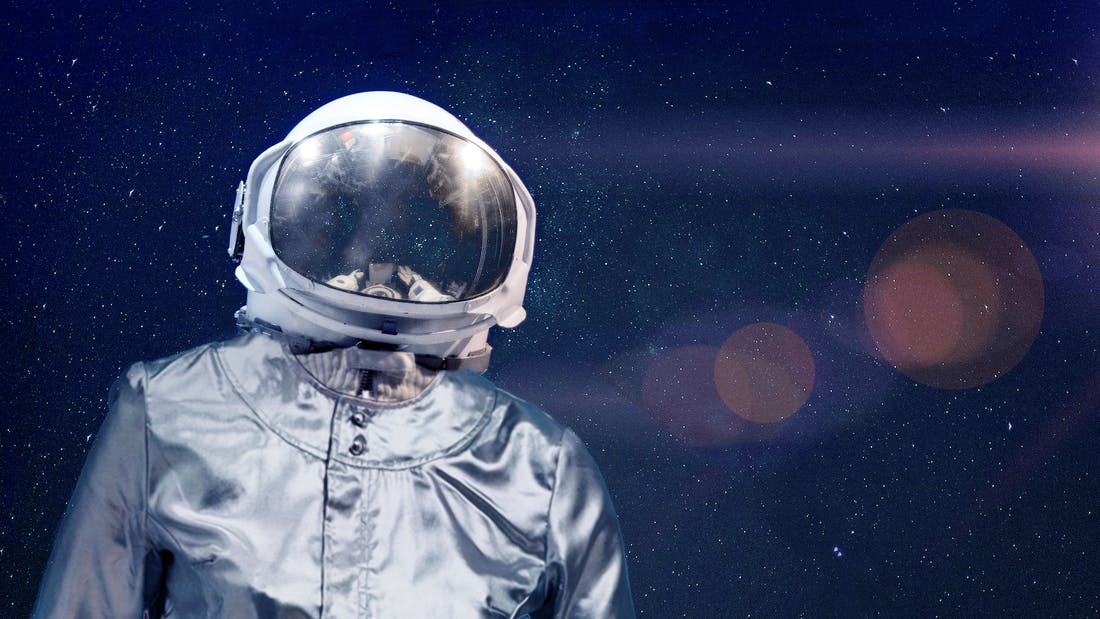 Probably the most viral was the news about the comeback of the iconic An-225. The completion of the second aircraft was decided to finance the Irish Ryanair in response to the high demand for flights in the coming summer season. The aircraft was to have a capacity for up to a thousand passengers. 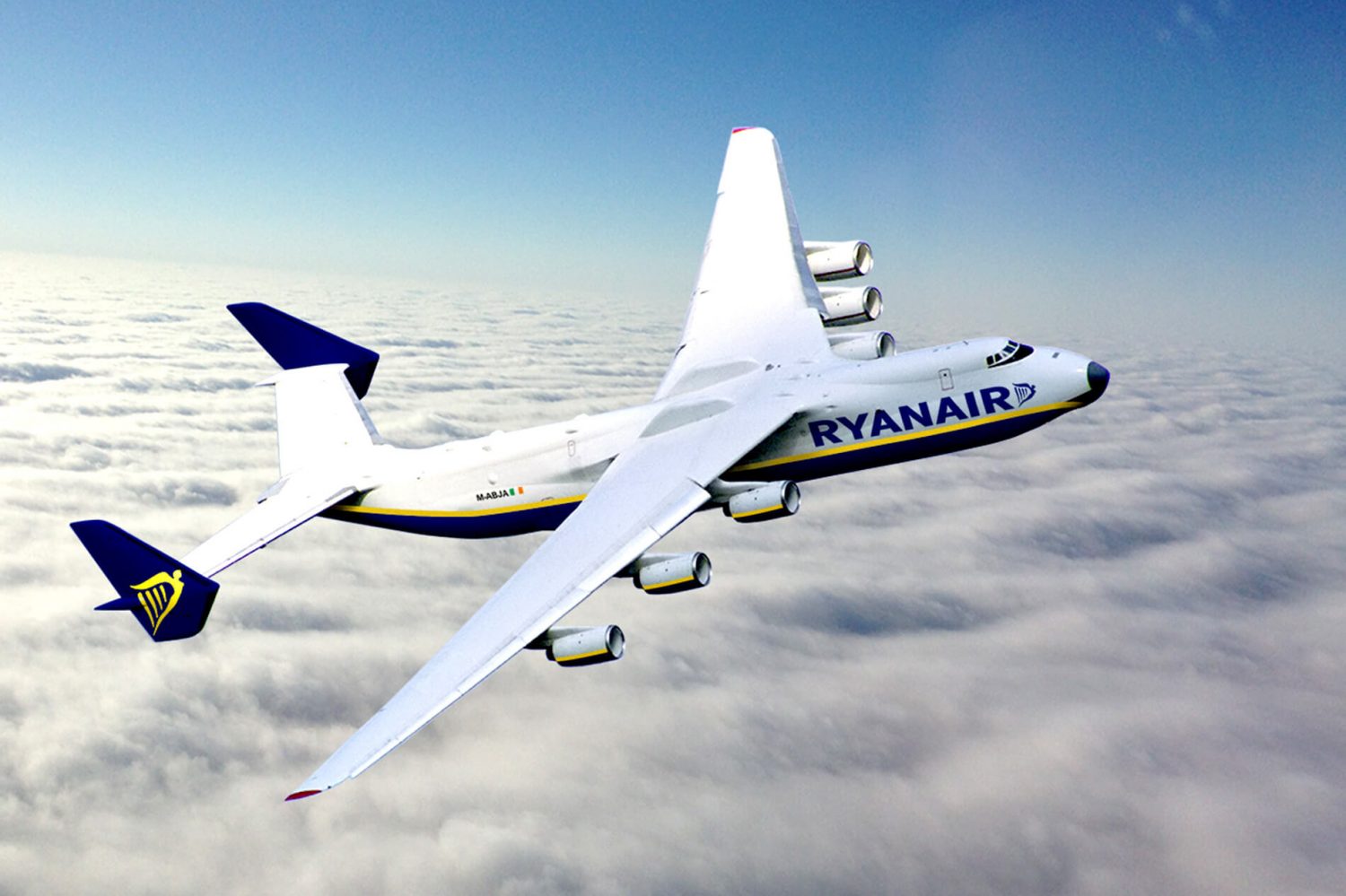 And now for a serious note. In addition to the jokes, which are only allowed until the morning of the first of April, important news also took place during the week:

The Romanian low-cost aircraft received their first MAX, which was delivered to them from their home Seattle via Iceland and represents the first of ten pieces. The remaining nine pieces should be delivered later this year and next. We will add that the first MAX 737 8 in the company’s colors is the YR-MXA registration. 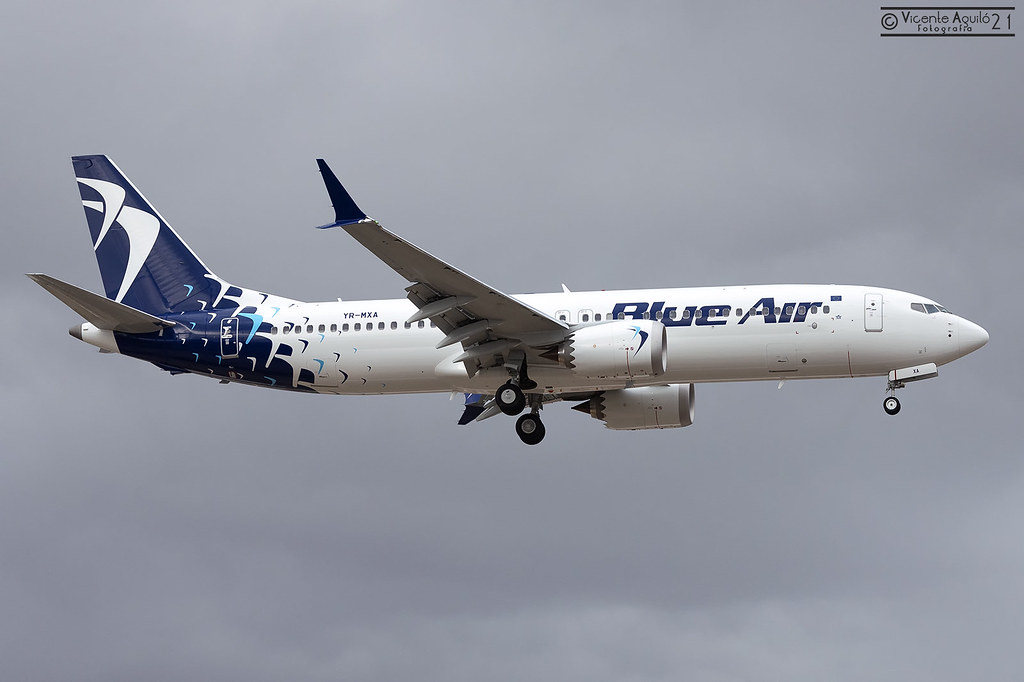 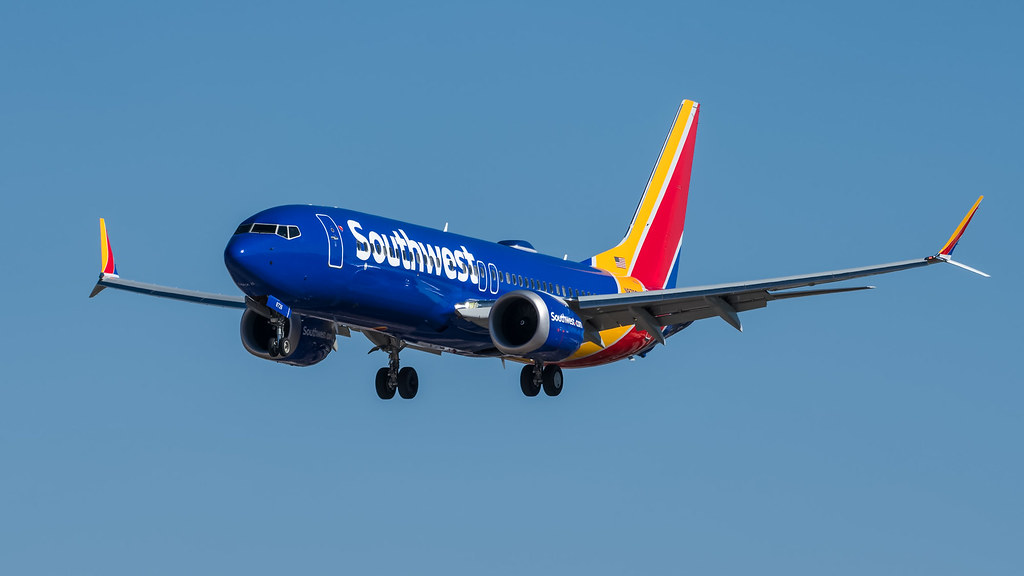 Alaska Airlines is part of the oneworld alliance

It’s official. On March 31, 2021, the airline became the 14th member of the oneworld alliance. The carrier with an 89-year history in honor of this event will have three of their aircraft repainted in oneworld design – the first aircraft is the B737-900ER registration N487AS.

Termination of the agreement between Air Transat and Air Canada

Both airlines announced that they had withdrawn from a reciprocal Arrangement on the takeover of Air Transat by Air Canada. Compensation for Air Transat climbs to $ 12.5 million. Withdrawal from the agreement is conditioned by the economic impact of the pandemic. 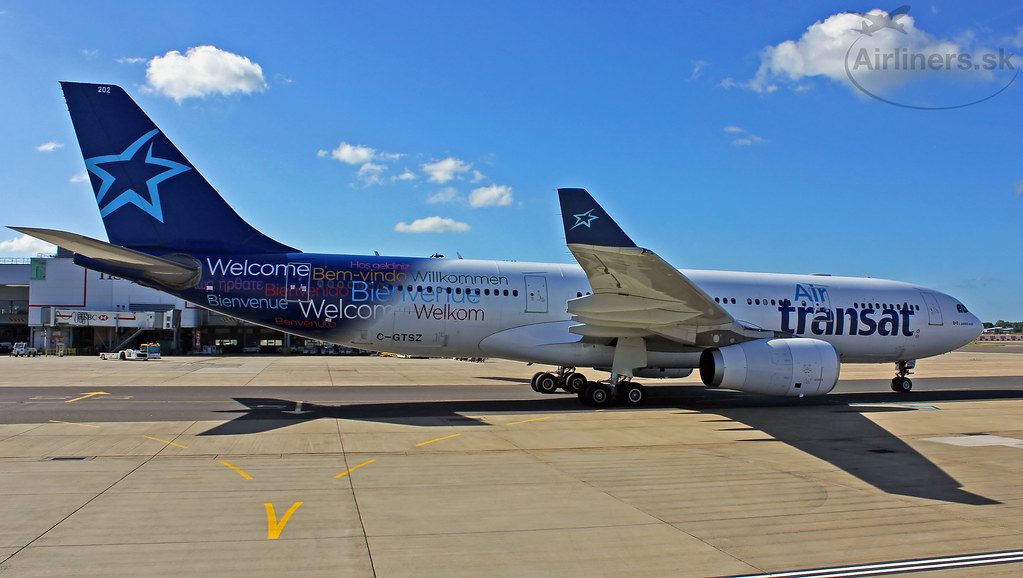 Rolls Royce is set to spin work on the UltraFan project, a power unit concept that is set to become the world’s largest aircraft engine. The diameter of the engine should be around 140 inches, which is approximately 3.5 meters. The new model should bring fuel savings by a quarter compared to the first generation Trent engines. The work, which takes place in a factory in Derby, England, should be finalized later this year. 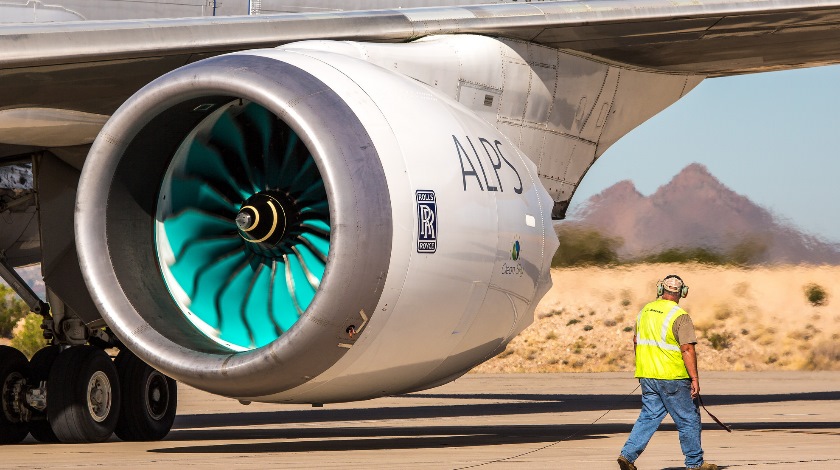 B787 for synthetic fuel 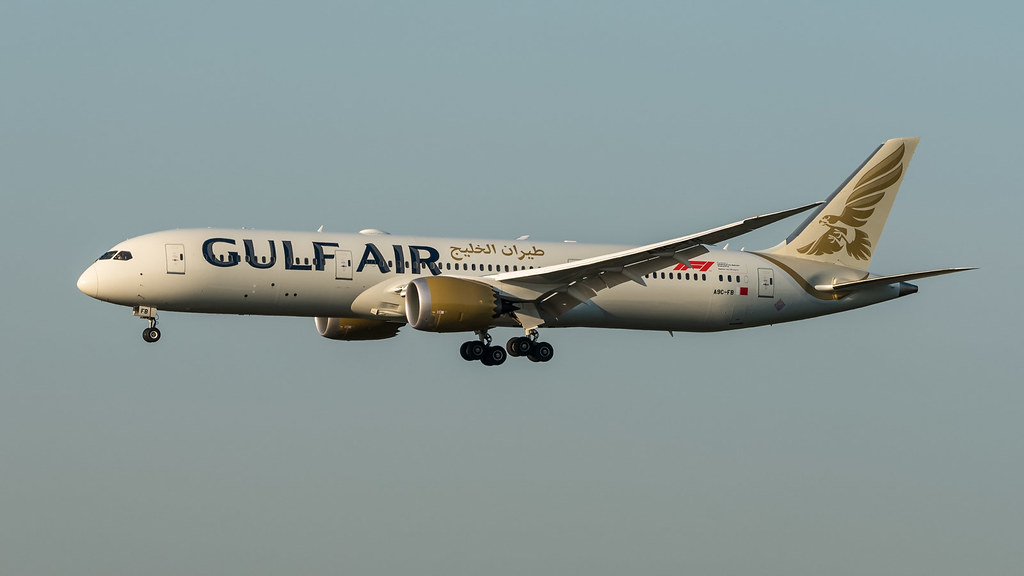 The new low-cost hybrid car, based in South Korea, received their first Dreamliner after months of delay. The HL8387 is the first of three Dreamliners to fly in the company’s colors. The other two should strengthen the fleet during May and December. The company plans to connect its home country of Seoul with the west coast of the USA, Hawaii, Europe and Australia. 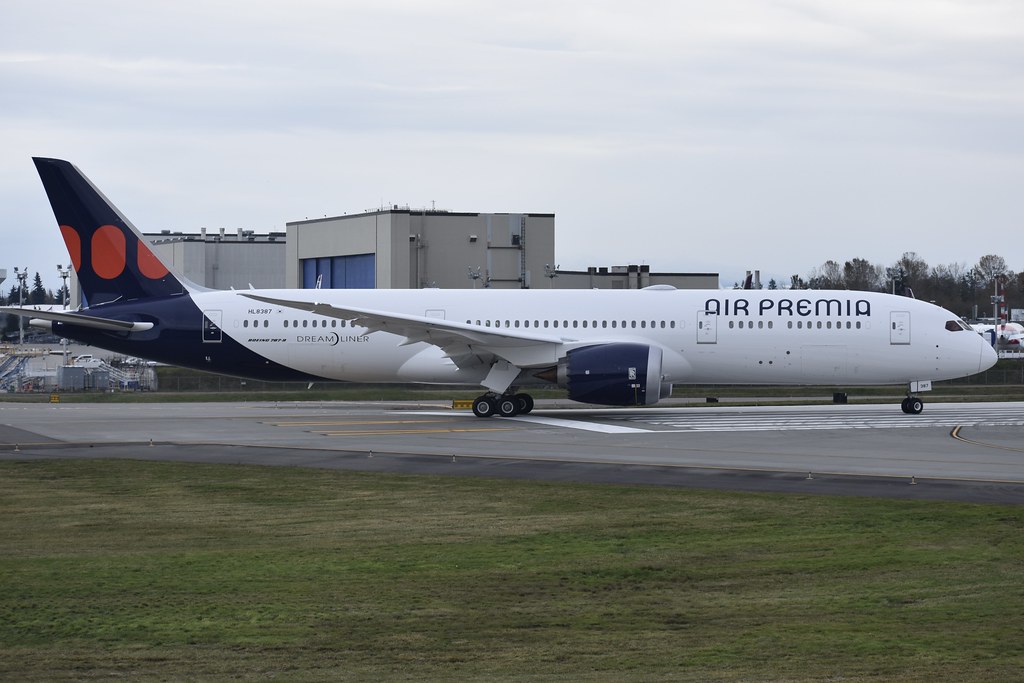 The concept, called Lillium, envisages a seven-seater electric aircraft capable of vertical takeoff and landing. The so-called The eVTOL classification will focus on EASA as well as FAA certification.

The sunrise at the airport can be nice, if not downright charming. This is proved, for example, by a photo from the area of ​​Bratislava Airport. AirExplore’s OM-IEX in the colors of Palau Express Airlines willingly posed in the rays of the rising sun. 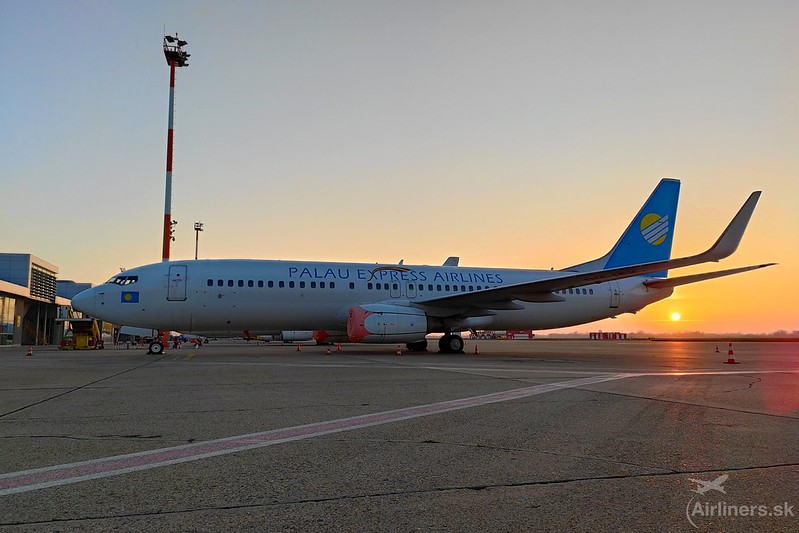