Summer is traditionally a period of holiday, relaxation and relaxation. Slovak tourists are looking for holidays not only at home but also abroad. Besides Croatia, Turkey, Egypt and so on. Slovaks like to travel to Bulgaria. This country is located on the west coast of the Black Sea and is quite popular among tourists, especially for its favorable prices. Travel agencies throughout Slovakia offer stays all over the coast. But while in the past, it flew to both seaside airports – Varna and Burgas, nowadays it flies more or less only to the south situated Burgas.

Burgas Airport is operated by Fraport for several years, which is gradually investing in the airport and operations. Passengers have a new terminal for a few years and many airlines have introduced not only summer charter flights but also regular flights to Burgas. This is particularly the case for low-cost operators, which offers relatively affordable affordability for the Bulgarian coast.

There are several ways to spend your moments waiting. In addition to the already known duty-free zone, with many shops, you can buy last minute souvenirs, dine in restaurants, or watch the airport operation from the departure hall. However, if you do not want to sit in the lobby, we recommend you to walk out of the terminal and check out the exposition of the small but nice Avioburgas Aviation Museum, which is located next to the parking lot. Admission to the museum is freeand offers exhibits such as:

However, if you would like to see the exhibits from the inside, you have to pay a symbolic fee of a few euros at the box office and besides the interior you can also see some cargo spaces or aircraft parts. For a short time we managed to see the exposure only from the outside, but this did not affect the experience. The museum takes care of the exhibits gradually, which can be seen also in some reconstructed parts or renewed paints of aircraft. 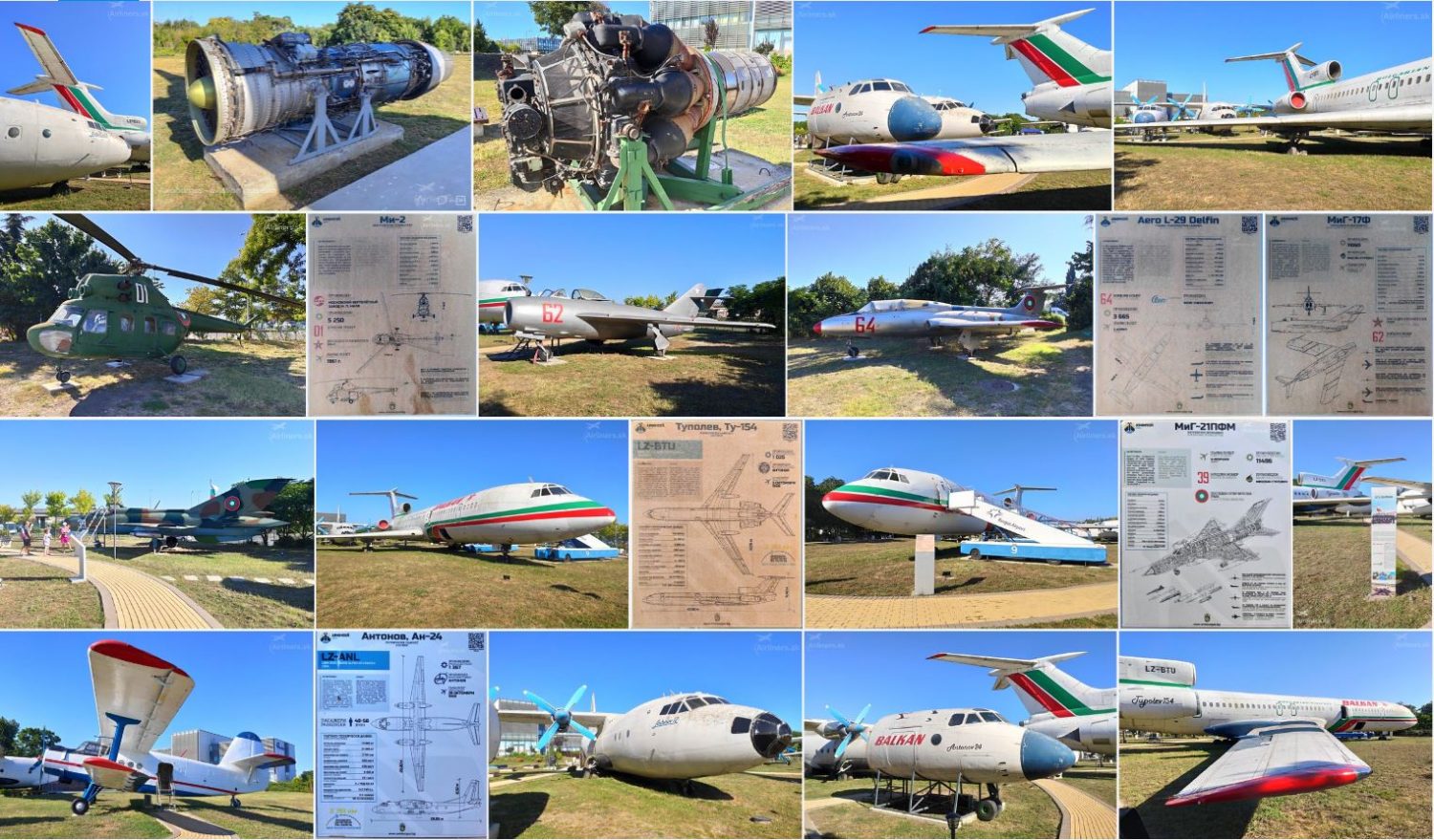 After clicking on the picture you will see the museum gallery.