Cristiano Ronaldo Madeira Airport on the Portuguese island of Maderia, also known as Funchal Airport, is located almost 1,000 kilometers west of Lisbon and approximately 450 km north of the Canary Islands. Although it cannot cope with Canary Island traffic, it offers unique opportunities for every spotter. 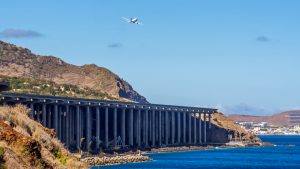 The airport was opened in 1972 and there was a runway with a length of 1600 meters. Already during the first five years of operation, there were two serious accidents, after which the track was first extended to 1,800 meters and later in 2000 to the current length of 2,781 meters. A unique feature is the eastern kilometer of runway, located on pillars 70 meters above sea level. However, even the new runway did not change the demanding approach to the airport, which is surrounded by hills on two sides. Mountains and the Atlantic often create wind shocks and crews flying to Madeira must undergo special training. The PAPI approach system is also interesting. It is offset by 5 ° to the right to runway 05 to ensure its visibility before the last bend – which is about 1,500 m in front of the threshold in Madeira. Today, although the airport is able to handle wide-body types of aircraft, but these are rather exceptions. Among those that have been shown here in the past, we can mention, for example, the only Jumbo that landed here on the occasion of opening a new runway. Later in 2006, Austrian deployed a Boeing 777 on some flights, and A330 may appear on some of the eight daily TAP Portugal flights from Lisbon if needed. Arrivals of these types between mountains and houses, however, must be more reminiscent of scenes from the now closed Kai Tak airport in Hong Kong. 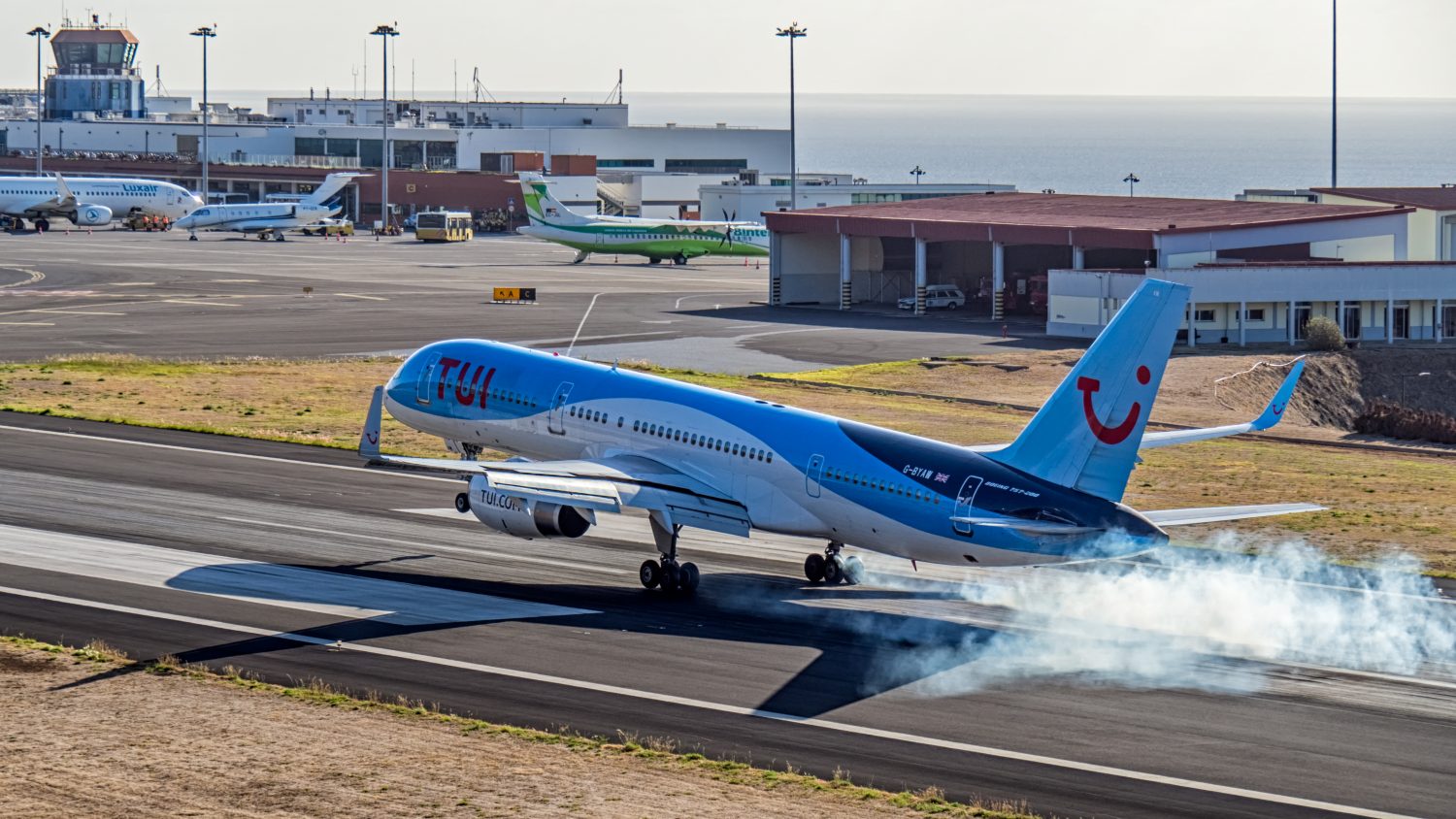 During my visit, however, no widebody showed up, as well as the weather was quite stable, but I really enjoyed shooting here. From the north, the slope rises quickly over the airport, allowing you to take pictures from a great perspective, creating interesting angles. However, I found the best places at the threshold of runway 25, here are several access roads or paths to the houses above the airport. They all rise high above the fence, but are ideal for taking pictures in the afternoon. Similar places are also found at the other end of the runway. Cassiano’s Snack Bar is approximately at the same level as the appron, where the locals also met and enjoyed a drink at the airport. Here you could take pictures literally from the table. The place visited by all departing visitors is the terrace on the roof of the terminal. A smaller part is accessible from the public part of the terminal and the rest only after a security check. 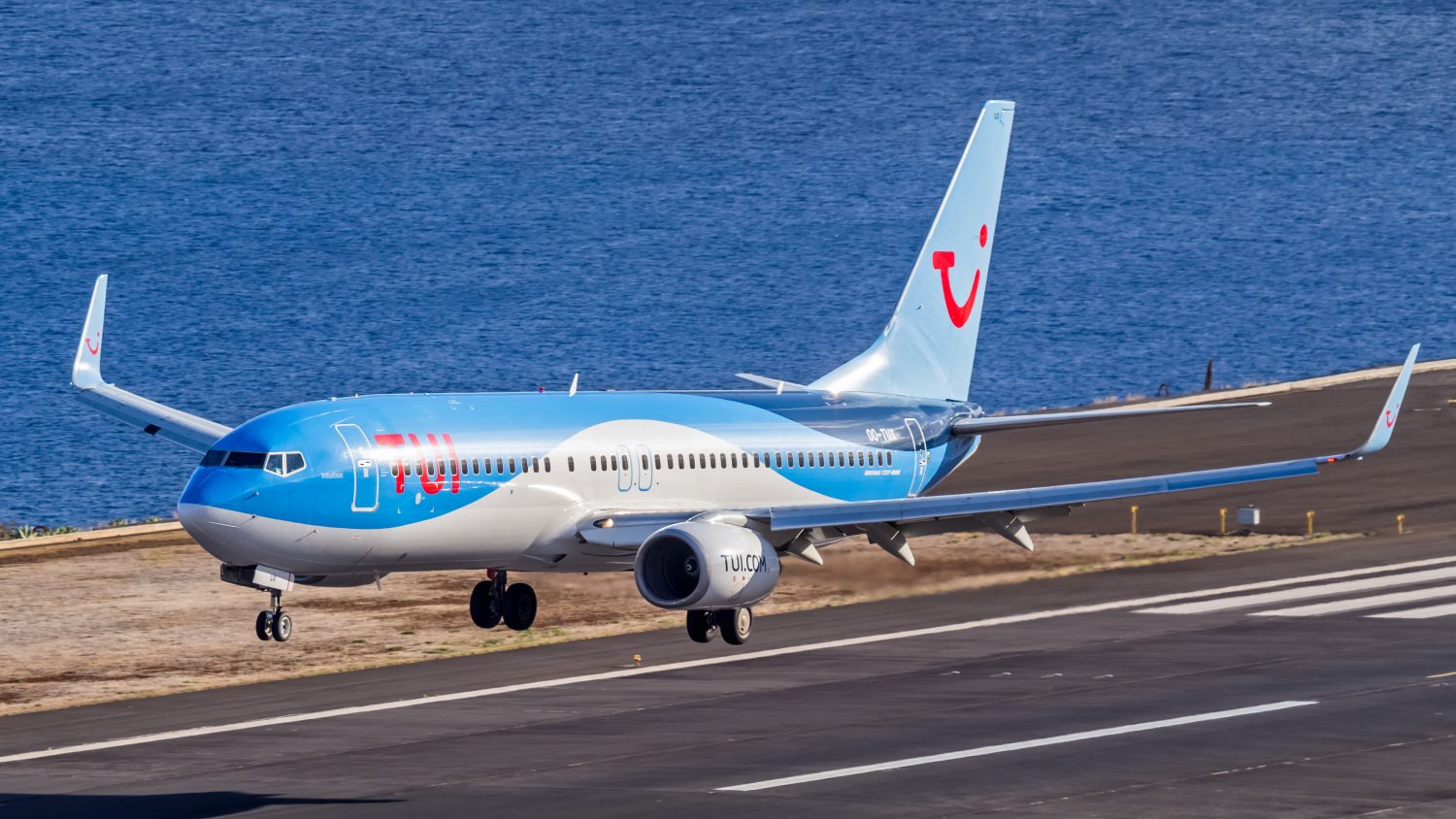 The only problem I encountered when taking pictures was frequent changes in the track if there was only a slight wind or wind. It often happened that from one wave of departures departed 3 aircraft east and the fourth to the west. Since all flights are directed to Europe, the direction cannot be selected according to destination. While waiting for evening flights, the sun was often hidden behind the clouds that formed over the mountains north of the airport during the day. 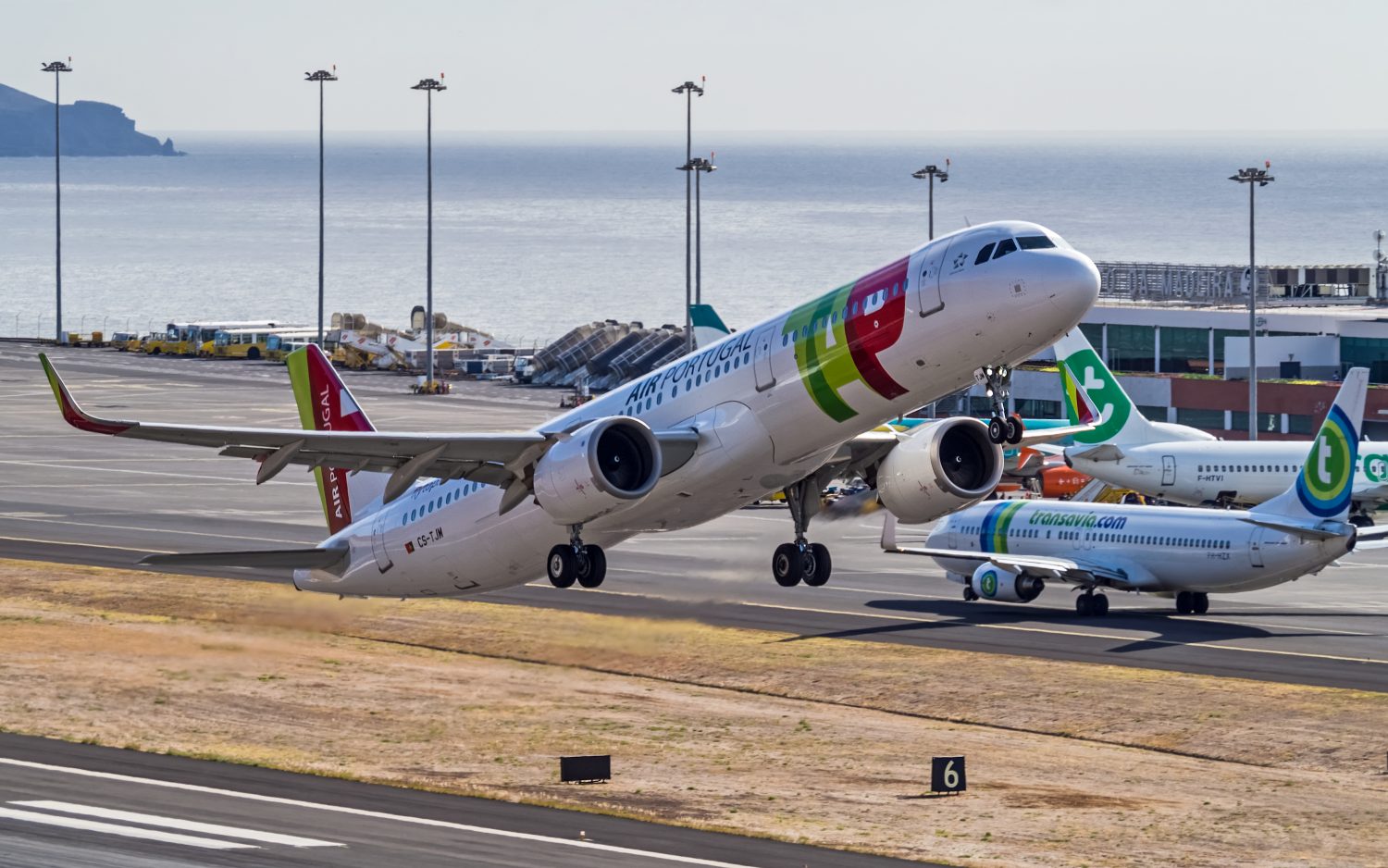 The timetable clearly dominates the home of TAP Portugal. Up to eight daily flights to Lisbon and two more to Porto. Deployed are Airbuses from A319 to A321Neo. EasyJet and Transavia also fly daily to both cities. Every day is also flight of British Airways from Gatwick, also with the A320. For us, exotic companies are Azores Airlines and Binter Canarias. The first mentioned daily is providing flight from Ponta Delgada to the Azores. The second airline with based one ATR 72, is connecting Madeira with the Canary Islands and neighboring Porto Santo. With good winds, the flight to this island takes less than 15 minutes, and pilots daily demonstrated how a demanding approach to Funchal can become a routine. 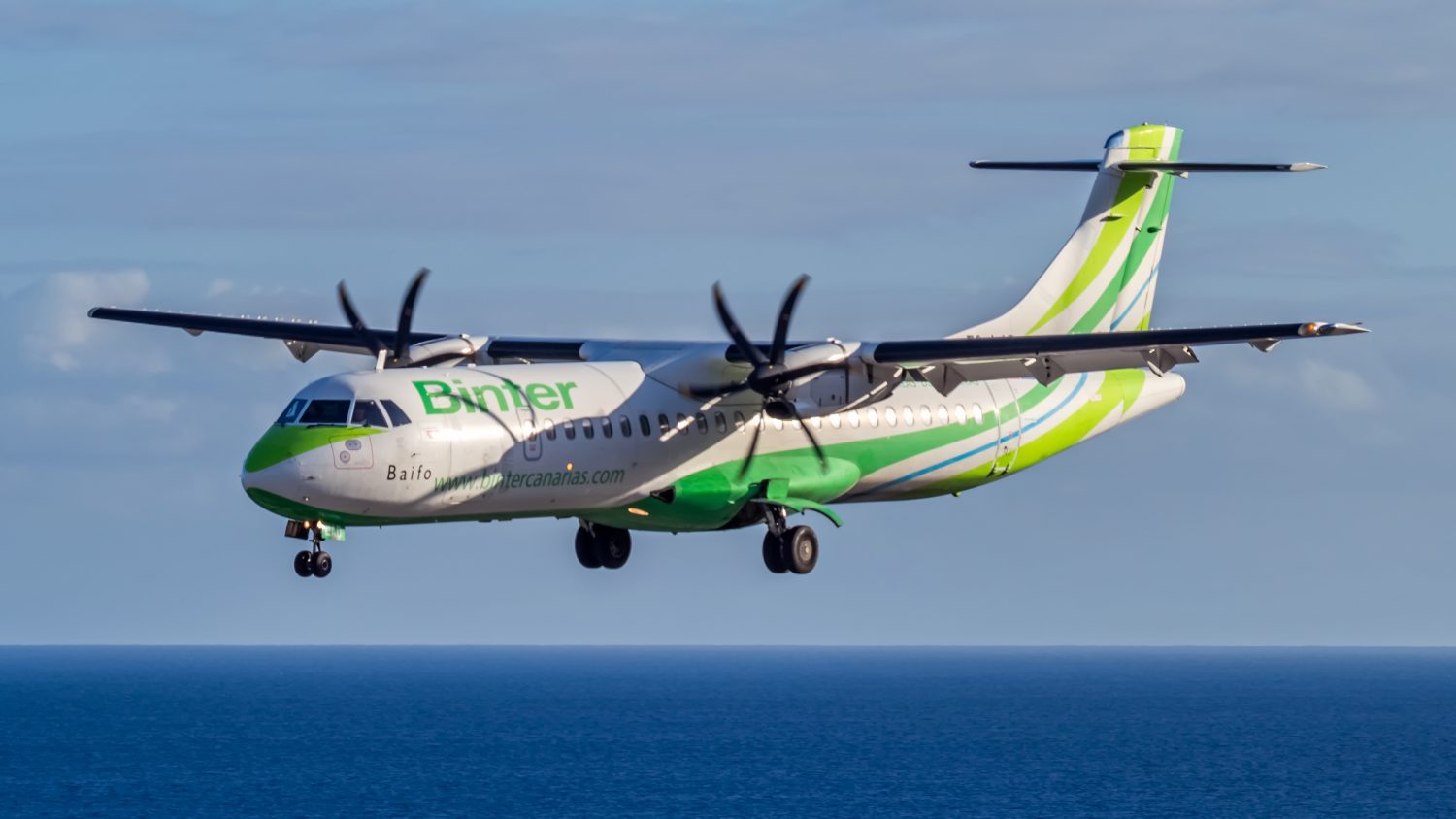 As it is customary at seaside destinations, much of the traffic is charter flights. Most of them are made by TUI fly from Belgium, Netherlands and Germany. The busiest day of the week is Monday, when most of British tourists arrive and depart – then most of the flights are operated by Jet2 with Boeing 737-800, but older 737-300 or larger 757 may also appear. Those, but in TUI colors, arrived in minutes in a row just two minutes in a row. But with a few such exceptions, Boeing 737-800 and Airbuses from the A320 family are deployed on almost all flights to Madeira.
Madeira is still not very well known in our country, but offers opportunities for an excellent active holiday. For us, who are infected with aviation with such a nice bonus. My photo selection from the airport traditionally on Flickr Airliners.sk.