Etihad Airways became the first carrier in the Middle East to launch a “plastic-free” flight. It happened on April 22nd this year, when no disposable plastic was used on the plane on the Abu Dhabi – Brisbane route. This flight was scheduled on April 22nd , when the whole world commemorates Earth Day. 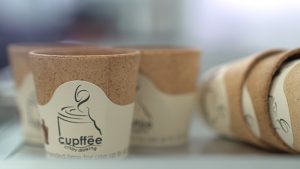 Passengers on board were offered eco-friendly amenity kits, the blankets distributed during the flight were made of recycled plastic, and the coffee was served in cups, which could then be consumed.

The question remains whether this initiative is really serious, or is it just a PR company that wanted to show up in good light. Air transport is one of the major producers of greenhouse gases. And it is Etihad with its cabin The Residence, where passengers have a personal butler is not an example of the most environmentally friendly behavior.

Etihad is not the only one who strives for ecological behavior. Already in December 2018, the Portuguese Hi Fly made a plastic-free flight.