From Frankfurt to Vienna with Airbus A340

4 Engines 4 LongHaul – With this slogan around 2000, Airbus tried to promote the A340, which was designed for the longest lines. This year, however, may not be so true. The German Lufthansa decided to deploy the A340 also on some short European routes, namely:

These changes should last until October. It’s a pretty good chance to fly through this type before Lufthansa gets him out of the fleet. It is also interesting to book a Premium Economy seat for the price of a classic economy class, or one of the eight First Class seats for the price of Business Class. I took the opportunity to fly widebody on the hour flight until the end of July.

30.7. before sunrise, Frankfurt Airport is gradually waking up. Behind the glass of the terminal is already added Airbus A340-600 registration D-AIHZ, made in 2009 as the last A340-600 for Lufthansa. After that, only 5 other A340s left the production line. A Jumbo and an Airbus A380 are also waiting for side flights. 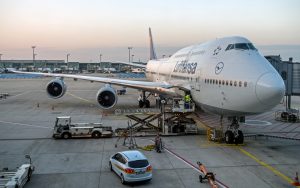 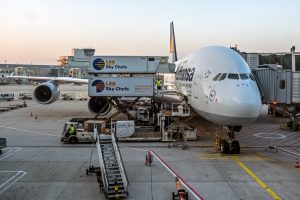 The boarding takes place through the second door. Gradually through Business and Premium Economy I get to my place in the 40th row at the window (40K). The aircraft has a capacity of 297 passengers in four classes (F8 / C44 / W32 / Y213). The interior has recently been refurbished, and so ordinary travelers will not notice that they are flying the older type, which is slowly disappearing from the sky. 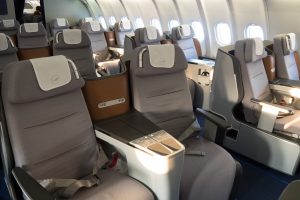 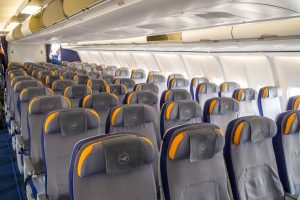 With a little delay, but still check in the longest airliner in the world takes a little longer than the original A320, the Airbus departs from runway 18. The route to Pilsen and over České Budějovice can be tracked on the touch screen in front of you. IFE also includes a selection of films, various videos not only about Lufthansa and, of course, current flight data (time to destination, altitude, speed, etc.). However, there is no time for such a short flight. Shortly after takeoff, drinks and something small are already served. 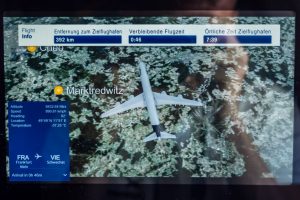 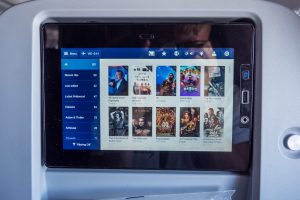 After an hour this A340, lands on runway 34 in Vienna, and so my first widebody experience ends. The aircraft parked on the platform behind Terminal 3, so I can look at it again on the way to the bus. It is flying back to Frankfurt in an hour and a half. 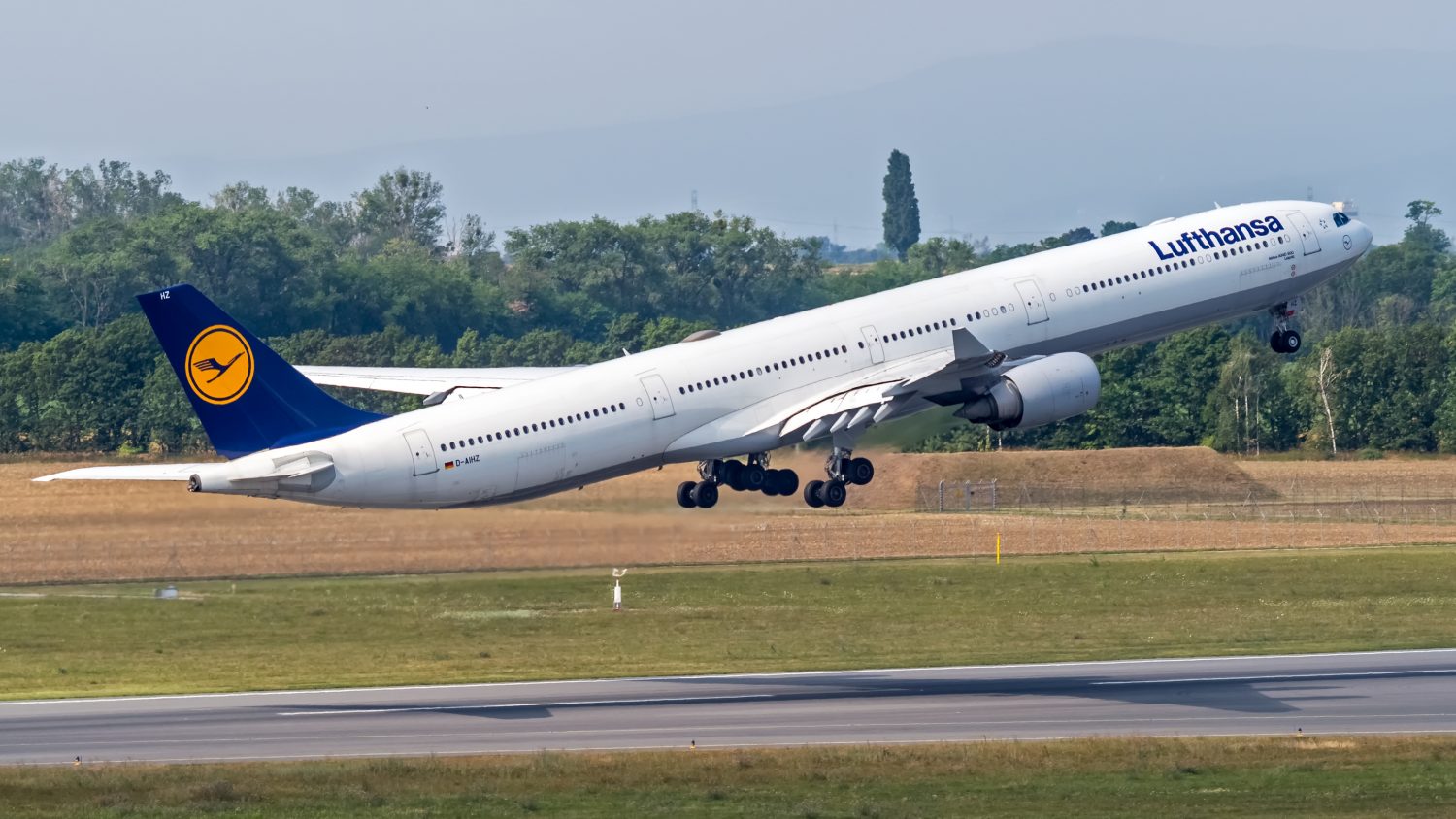 Lufthansa, today the largest operator of the A340 (A340-300 and -600), is already gradually replacing this type with the new A350 and by 2025, the fleet should leave the last machines. Four-engine types are thus increasingly rare, and truly exceptional on short European routes.

I arrived in Frankfurt less than 48 hours before this flight and spent the whole Monday running around the airport fence with a camera in my hand. “Spotter Selection” is available at Flickr Flickr Airliners.sk.