New line of Bamboo Airways from Prague to Vietnam

At today’s press conference in Prague, representatives of the Vietnamese airline of Bamboo Airways announced that the summer season opens a new line from Prague to the capital city of Vietnam-Hanoja. It is assumed that the first flight will take place in early April.

The line will be deployed by Boeing 787-9 Dreamliner, in the configuration for 298 passengers.

Bamboo Airways were founded in 2017 and the first flight took place just a year ago – 16.1.2019 when they joined the rented Airbus A320 Hanoj with Ho Chi Minh City. It currently flies Bamboo Airways on routes to Taiwan, South Korea, Japan, to the island of Macau. It also brings together several destinations in Vietnam.

The fleet is comprised of one-lane Airbus A319 and the A320 and one Dreamlinera. The airline has ordered another 29 Dreamlinda.

The chairman of the Prague airport Václav Řehoř assumes that at 2 weekly frequencies, approximately 50.000 passengers can be expected per year. In the Czech Republic, a significant Vietnamese community is living, which will certainly welcome the opening of the direct line. 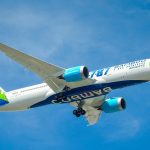 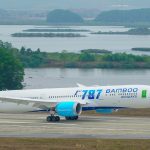 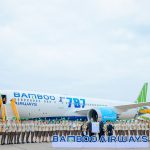 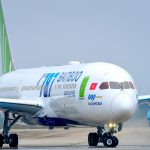