Airliners.sk, civil association is closely watching over airliners business in the Slovak Republic. We kindly asked Mr Levend Arisoya, general manager Turkish Airlines for Slovak republic, for the interview about current state of route between Košice – Instanbul and futher plans.

A.sk: The regular route Košice – Istanbul has been in operation for more than three months. Shortly after it was opened, 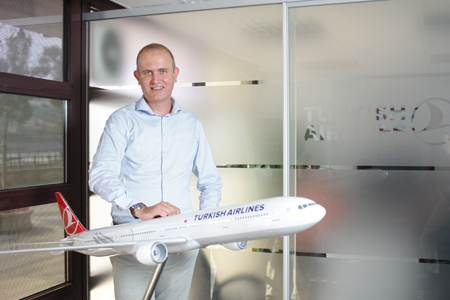 Turkey witnessed several major domestic events. The bombings at the Ataturk Airport, followed by a coup attempt, could have influenced the interest in this new route. Before opening the route, you surely had certain passenger estimates. How satisfied are you after a few months?

We´ve launched our Kosice flights on 16th of June 2016 with 3 weekly flights. Generally Turkish Airlines could perform successfully in this though year. We lost a part of our business to Turkey but we could increase the number of transit passengers to international destinations. Kosice as new line is an important gateway in Eastern Slovakia to entire world due to the huge network of Turkish Airlines. In the first phase we target to sustain our flights over the winter season and offer new routes with a good connectivity from Kosice with summer flight plan.
We are satisfied with the result until now and target to increase the frequency in order to have more corporate clients on board beside leisure guest. 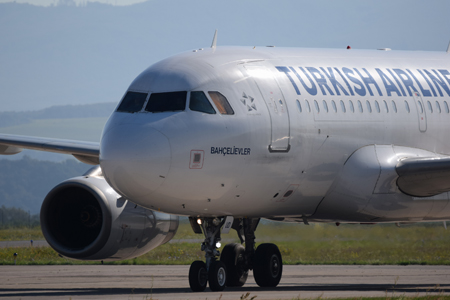 A.sk: You decided to operate 3 flights a week. Do you see a potential to increase the number of flights in the course of next year?
This is our definite goal after we keep the load factor on a certain level. There is potential in the market. The catchment area is big and we work on the incoming traffic which will be additional support for the region and for our flights to increase the frequency. We just will make further step after a deep analysis.

A.sk: At the Košice Airport, Turkish Airlines joined airliners such as LOT, CSA or AUA. Meaning, a regional airport in eastern Slovakia has more network-alliance carriers than the airport in the capital city of Bratislava. Why did you choose Košice in the end and why you started to fly to Slovakia as late as in 2016?
Currently we have 5 daily flights out of Vienna airport which is located max. 1 hour driving-distance to Bratislava. Passengers from Western Slovakia prefer Vienna airport and there is no need to operate flights to Bratislava at the moment.
In the future if market conditions will change and flying from Bratislava would be profitable we definitely consider this chance. Slovakia was the only country in Europe where we did not have flight operation to beside Iceland. Our fleet grows and once we get new aircrafts and find some solutions with slot availability at our HUB Atatürk Airport new destinations will be launched.

A.sk: Is your company still looking at Bratislava as a potential other destination in the Slovak Republic?
Our concentration is on entire Slovakia. we wish to serve and reach each Slovakian passenger. As of now we provide the flight possibility to TK network out of Kosice, Budapest, Vienna and Prag to Slovakian passengers. A new destination in Slovakia is not planed so far.

A.sk: Where do you see your contribution to both Košice Airport and the surrounding region?
Kosice Airport is an important partner for us in terms of further development of our business. It is a win-win situation with the airport. Turkish Airlines brings an additional value to the airport, region with our connectivity to the world. There are common activities with common goals. The more passenger Turkish Airlines generates, the more benefit the airport gets. Our good cooperation continues and we would like to increase the synergy out of our cooperation.